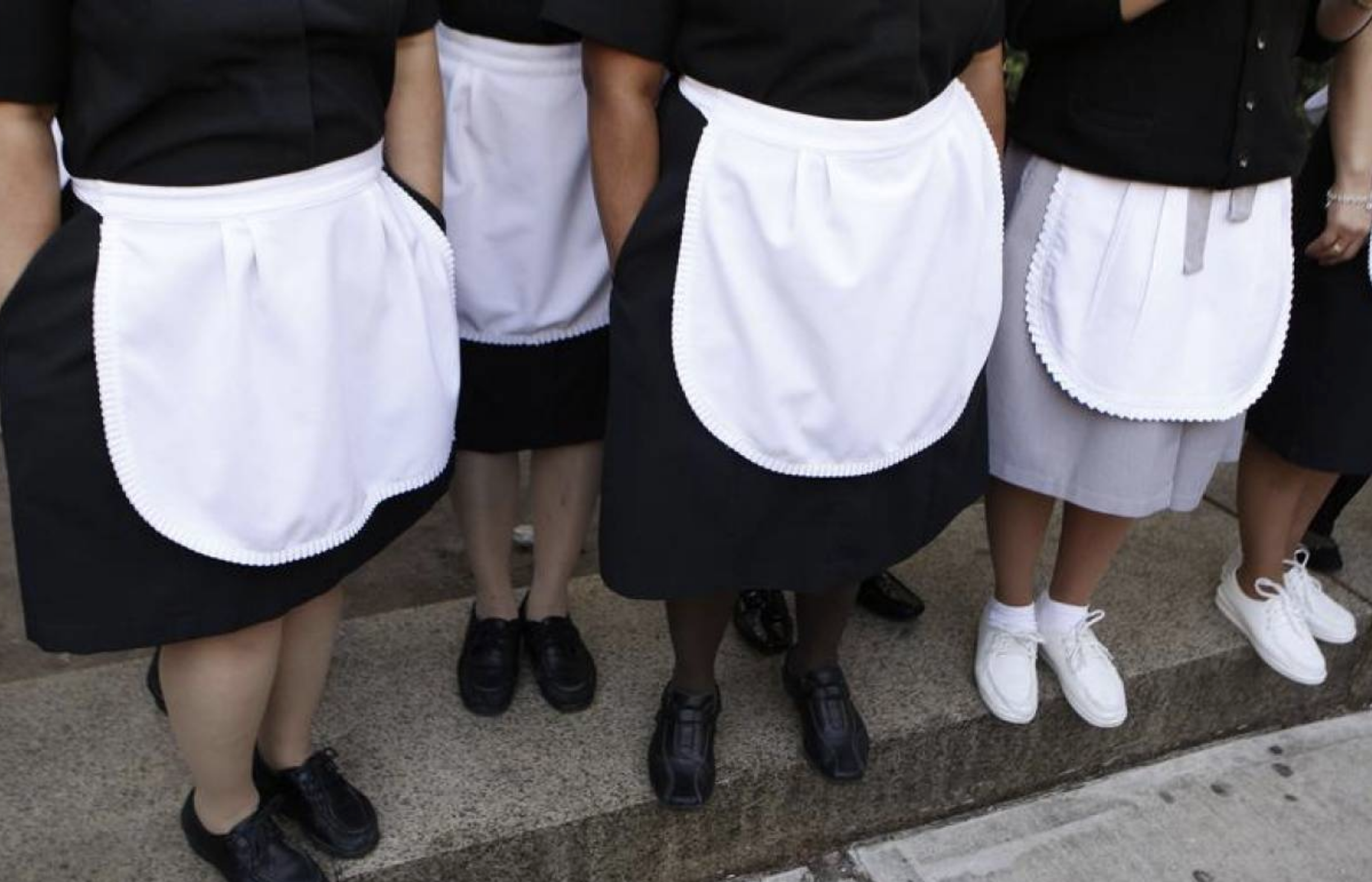 *Any views expressed in this article are those of the author and not of Thomson Reuters Foundation.

Tom Hunt is deputy director of the Sheffield Political Economy Research Institute (SPERI) at the University of Sheffield.

Genevieve LeBaron is professor of politics and co-director of the Sheffield Political Economy Research Institute (SPERI) at the University of Sheffield.

Jennifer (JJ) Rosenbaum is the U.S. director for Global Labor Justice. She is also a lecturer in law at the Harvard Law School and co-chair of the American Bar Association’s Immigration and Human Trafficking Committee.

Let us introduce you to two workers. Their work is physically demanding and at times unsafe. The hours are irregular and their low pay isn’t enough to live on. Both workers have taken loans from their employer to get through tough periods. Interest rates and fees are high and repayments further shrink their pay. They are trapped in a vicious low-pay debt trap: not paid enough, indebted, and unable to leave. One is a tea worker on a plantation in India. The other works for Marriott International in the USA cleaning hotel rooms. Both workers deserve decent work and economic stability. Both cases require new forms of corporate accountability.

For the last few years, we’ve investigated debt bondage by studying the global tea and cocoa industries. Our survey work reveals patterns of forced labour at the base of supply chains of large multi-national corporations, including forms of debt bondage, an internationally recognised type of forced labour. We found highly exploited tea workers in India unable to exit plantations due to debts from usurious loans from employers. Over half of the tea workers we surveyed had borrowed money and over half had no savings. Deep poverty and racial inequality combined with low pay leaves labourers reliant on exploitative employers just to survive.

Hotel workers at Marriott International, the world’s largest and richest hotel chain, are now drawing attention to similar practices in the U.S. Under a slogan of ‘One job should be enough’ members of the UNITE HERE union have taken industrial action to demand a living wage and safe conditions. The strike has highlighted an additional factor that puts some of Marriott’s predominantly black and Latino workforce in an even worse situation: fees and interest payments from the Marriott Employees Federal Credit Union(MEFCU), an officially independent credit union but which is led by senior Marriott executives.

A class action lawsuit alleges that MEFCU, in violation of US lending law, doesn’t inform its members – who are employees at Marriott International and other companies- about the true cost of its ‘mini-loans’. The plaintiffs allege that when application fees are added to the interest rate, the mini-loans of up to $500 have an APR of 46%, way above the advertised 18%. In 2017 MEFCU charged ‘more in fees for every dollar loaned than any other credit union of its membership type’.

Court papers argue that “while the mini-loan may appear to be a free-standing financial product, it is part-and-parcel of the unequal bargaining relationship between the Marriott and its employees.” Here is the crux of it: instead of getting regular shifts and stable wages, Marriott workers are offered quick high-cost loans with repayments deducted from their pay.

These are red flags for forced labour.

This matters because our research reveals there is a porous boundary between someone being a victim of forced labour and a worker subjected to lesser and more routine forms of exploitation. An unexpected hospital bill or a drop in scheduled working hours could be the trigger that sees a desperate, impoverished worker borrow money and cross that boundary. US workers’ action, court cases, and media reports raise serious concerns that the business model at Marriott is configured around labour exploitation, which in severe cases, is likely to cross the line into forced labour.

Global firms like Marriott who want to be industry leaders by taking a stand against forced labour must do more than adopt principles- they must practice what they preach. The International Labour Organization has adopted global labour standards including on forced labour prevention and guidelines on promotion of decent work and sustainable tourism agreed to by governments, employers, and worker organizations from around the world. It is highly questionable whether Marriott’s actions are sufficient to prevent forced labour and promote decent work in the US and its global expansion.

In some U.S. hotels, Marriott continues to use temporary foreign worker programs where workers pay fees to obtain the jobs and have limited mobility.  Unions and NGOs have filed complaints that Marriott projects in India and Bangladesh breach labor standards leaving many workers subject to poverty wages, and fearing retaliation if they report violations or join a union. Marriott has refused to negotiate with the IUF union on a global framework agreement to protect workers from sexual harassment and gender-based violence. And in the UK in 2017 Marriott underpaid 279 minimum wage workers by £71,722.93.

Government, business, and activists fighting forced labour should take note of the issues Marriott workers are raising across the globe. Dynamics of exploitation typical of debt bondage and forced labour continue to exist. If Marriott really wants tackle forced labour at home and overseas there is lots it can do. Prioritizing paying living wages, preventing wage theft, gender based violence and unfair labour practices, and engaging trade unions as a core partner would be a real plan to prevent forced labour – wherever the workers are.