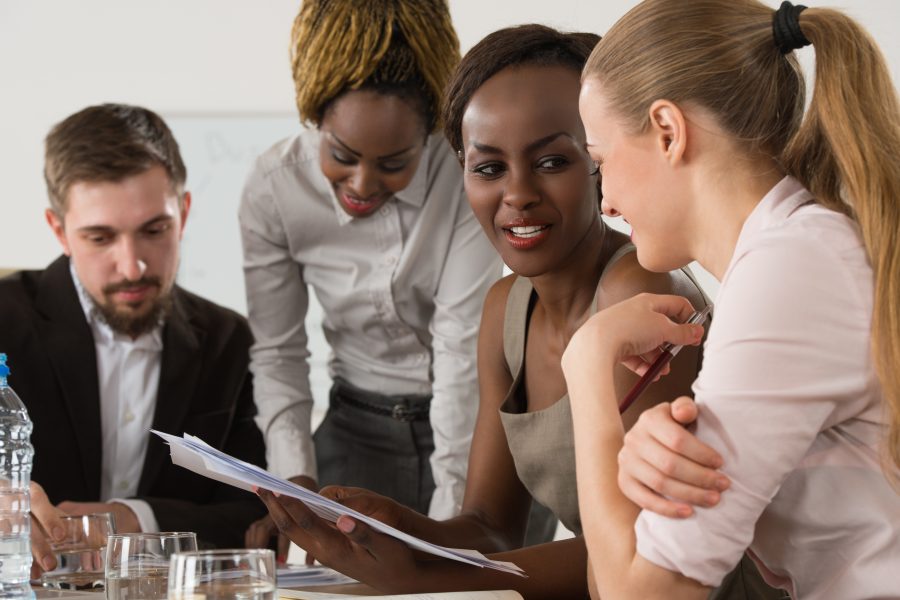 *Any views expressed in this article are those of the author.

Responding to employee pressure in the #metoo era, companies across nearly every industry are looking into measures to better prevent and respond to workplace discrimination and harassment. From mandating anti-bias training to banning pre-employment non-disclosure provisions, to instituting more robust reporting systems – workplaces across the United States are slowly implementing internal reforms to better protect their workers. While compliance with the law is essential, many anti-discrimination laws have significant gaps in protections, and so companies’ policies and practices that go beyond the minimum protections provided for under the law are critical.

But these policies and legal protections shouldn’t be limited to workers within company headquarters. Indeed, they should ripple out to warehouses, factory floors, and even beyond U.S. borders throughout company supply chains. The #metoo movement is global, and the response should be global as well.

This is the message being amplified by workers and unions from around the globe who recently met in Geneva at the International Labor Organization (ILO) to begin a two-year, tripartite negotiation process between unions, employers and governments to develop an international standard focused on gender-based violence in the world of work. After the negotiations, participants will vote –a two-third majority of votes is required – to adopt a standard. Standards can take two forms; conventions and recommendations. Conventions are legally binding and may be ratified by each ILO member state. Once ratified, conventions come into force like laws in the countries where they have been ratified. Recommendations are non-binding guidelines. While they have less power than conventions, they are nonetheless important for setting strong global standards. If adopted, this will be the first ILO standard to address both gender based violence and workplace rights, and is especially important to advancing a global movement against gender-based violence at work in countries that lack their own legal protections. A recent ILO study on violence and harassment at work revealed that 20 of 80 countries surveyedhad no laws to protect workers from retaliation if they reported sexual harassment, and 19 did not even have a legal definition of sexual harassment at work.

In the midst of the ILO negotiation, Global Labor Justice, along with many partners, released three new reports on gender-based violence along the H&M, Gap and Walmart supply chains. These reports are the result of years of work and hundreds of conversations with the workers – a disproportionate number of whom are women – who work in garment supply chains. They detail stories of harassment, abuse, and physical violence among women working in those supply chains. These stories are similar to the ones we have heard from women like Gina Pitre, who was sexually harassed at a Walmart in Mississippi and found an attorney through our Legal Network for Gender Equity. For workers here and abroad, women experience a lack of power and control at work that leaves them acutely vulnerable to abuse. Then when abuse occurs, they often have nowhere to turn.

After the release of the reports, Gap and H&M quickly announced that they would investigate the abuses detailed in Global Labor Justices report, and have since become the first brands in the garment sector – or any other sector where women dominate the supply chain– to publicly support the adoption of an ILO Convention on gender based violence.

Unlike H&M and Gap, Walmart has remained silent. Walmart is the world’s largest private employer, and as such, has immense power to influence the business community and the lives of millions of workers when it comes to the policies that they adopt to prevent and address gender based violence in the workplace – both here and abroad. Gender based violence can take many forms. One of the most common is harassment and violence against female employees because they are pregnant. In the United States, when a woman is discriminated against because she is pregnant at work, it is a form of sex discrimination. Listening to the stories of pregnancy discrimination from people who work for Walmart from around the world highlights the need for a global response to the global problem of gender based violence.

At the National Women’s Law Center, we are representing a class of women, along with co-counsel A Better Balance and Mehri & Skalet, who are fighting back against Walmart as a result of the pregnancy discrimination they faced as Walmart employees. The story of one of these women was recently featured in the New York Times.Compare Otisha Woolbright’s story:

“In Jacksonville, Florida, Otisha Woolbright… work[ed] in the deli and bakery at Walmart. After she experienced pain and bleeding early in her pregnancy, her doctor advised her to avoid heavy lifting, but her supervisor told her that if she couldn’t do heavy lifting she could “walk out those doors” and that pregnancy was “no excuse.”  Shortly thereafter, she injured herself doing the exact sort of heavy lifting she had sought to avoid; only then, after she had been hurt because of Walmart’s failure to accommodate her restrictions, did Walmart provide her with job duties that did not include lifting, because she then had an on-the-job injury.  A few months later, immediately after she asked about Walmart’s policies around taking time off for childbirth, Otisha was fired.”

With that of women in Cambodia:

“As early as 2012, workers organizations in Cambodia began reporting that pregnant women were regularly threatened with dismissal from garment manufacturing jobs. This led many women to terminate pregnancies in order to keep their jobs. Women also force themselves to work until the very last day before the delivery, putting their own lives at risk. Most women. . . do not get their contracts renewed after they go on maternity leave.”

It is striking that pregnant women thousands of miles apart are facing similar forms of discriminatory treatment while working for Walmart.

Walmart has now begun responding to the pressure of our lawsuit by quietly changing its pregnancy accommodations policy – but the fight is far from over. Just as Walmart has begun to respond to employee advocacy and legal pressure for workers in the United States – so too should they be responsive to workers along their supply chains. All companies have a responsibility to each of the women they employ to make their workplaces respectful, dignified, and free from violence and discrimination.